Gold nuggets have always attracted the interest of prospectors since the first recorded gold discovery in the US in North Carolina in 1799, when nuggets were found on Little Meadow Creek at what later became known as the Reed gold mine. The largest reported nugget from this area weighed 247.6 troy ounces. Little Meadow Creek produced so many nuggets that it became known as ‘the potato patch’ in reference to the large nuggets.

The largest gold nugget found in Alaska was discovered in 1998 in Swift Creek near Ruby in central Alaska. The softball-size nugget, known as the Centennial nugget, weighed 294.1 troy ounces. Another large nugget recovered on Long Creek near Ruby weighed 46 ounces. Large nuggets (182, 107, 97, 95 and 84-troy ounces) were also found on Anvil Creek near Nome, western Alaska. In northern Alaska, nuggets of 146, 137, 61, and 55-troy-ounces were recovered in the Hammond River in the Brooks Range near Wiseman. In the same region, a 42-ounce nugget was recovered in Nolan Creek in 1994. The Gaines Nugget (122-troy-ounces), was found in the Kuskokwim Mountains of southwestern Alaska near McGrath in 1985 and several nuggets weighing up to 11 ounces, were recovered on Julian Creek in the Kuskokwim in 1988. Another large nugget (the Chicken Nugget) was found in 1983 on Wade Creek near Chicken in eastern Alaska that weighed 56.75-troy-ounces. And a nugget of 56-ounces was found on Dome Creek near Tolovana in central Alaska with a 52-ounce nugget was found on Lucky Gulch (Valdez Creek) near Denali in central Alaska.

Large nuggets recovered from Montana at California Gulch near Phillipsburg in the southwestern part of the state include a football-size nugget that weighed 612.5-troy ounces was recovered from California Gulch in 1902. This was followed by discovery of a 77-troy-ounce nugget from the same gulch. The largest nugget found in Colorado weighed 160-troy-ounces. The nugget was discovered Farncomb Hill at the head of the French Gulch placer near Breckenridge in 1887.

The largest nuggets in the US are from California. At Carson Hill in Calaveras County, a nugget weighing 2,340-troy ounces was recovered in 1854: it is also the largest found in the US. Another water worn nugget of 648-troy ounces was found at Magalia, California in 1859. These were too large to transport any distance in a stream and likely eroded from a proximal vein.

But it is hard to compete with Australia when it comes to nuggets. Some giant Australian nuggets include the Welcome Stranger of 2,217-ounces found in 1858 at Bakery Hill in Victoria. The Welcome Stranger was found near the town of Moliagul in Victoria in eluvium, and reported by some sources to have weighed 2,316-troy ounces. Other sources indicate the nugget weighed 2,380-ounces and 2,284 ounces. No matter what it weight, it was a very large piece of gold.

A 286 kg or 9,195-troy ounce nugget (this weight was the combined weight of the gold and quartz) was enclosed in quartz matrix and mined from a vein in the Star of Hope mine and was the size of a man. It became known as the Holterman nugget. This giant nugget was discovered in 1872 near Hill End on the side of Hawkins Hill in New South Wales, Australia. The amount of gold in this gold-quartz nugget was suggested to be 3,000 to 5,000 troy ounces.

A few months later, a larger gold mass was found in the same mine and had an estimated content of 5,000 ounces. However, this mass was broken up underground so that it could be more easily recovered. The Hawkins Hill gold deposits are very rich and yield considerable gold in Nuggety Gully adjacent to the lode (Hausel and Hausel, 2011). 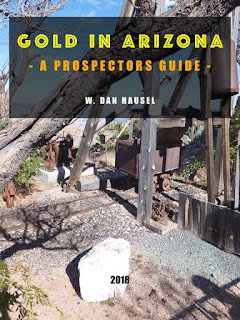 Nuggets found in Arizona are small compared to Alaska and California and possibly is due to the lack of active streams in Arizona. But, there are placers known for nuggets including Arizona’s ‘Potato Patch’ at Rich Hill in the Weaver Mountains northwest of Phoenix. Another area known for nuggets is Greaterville south of Tucson in the Santa Rita Mountains. Nuggets in the Greaterville placers include one of 37 ounces. In the Weaver Mountains, samples of quartz with visible gold are found. Nuggets are also reported in the Bradshaw Mountains and in placers along Lynx Creek, French Creek, Big Bug Creek, the upper Hassayampa River, the Groom placers, and at Black Canyon (Hausel, 2018 - in preparation).

Email ThisBlogThis!Share to TwitterShare to FacebookShare to Pinterest
Labels: gold in Alaska, gold in Arizona, gold in australia, gold in california, gold in georgia, Gold in Montana, gold in north carolina.

How to Find Gold Deposits

Would it be nice to be able to find gold deposits.  How about diamonds, colored gemstones, base metals and more?  In my recent books, I tel... 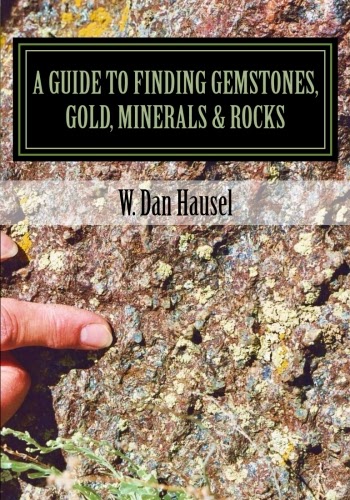